A group of legal eagles have taken part in a mammoth golf marathon to raise money for Macmillan Cancer Support.

The team was put together by Neath solicitor Darren Davies of Hutchinson Thomas and included his colleagues Adrian Morley and Phillip Lewis as well as barrister Robin Rouch.

While staff at Hutchinson Thomas’ office wore green for the day in support of their colleagues’ sporting challenge.

Said Darren, “I heard about the Macmillan Longest Day Golf Challenge and decided to put a team together. Our aim is to raise £5,000 and we are very grateful to the Mond Valley Golf Club for donating the use of their course for the day.”

Keen golfer Darren, who is a partner in the firm’s litigation department, said it had been a long, but a very enjoyable day.

“We were pretty tired at the end but we are delighted to have been able to put our love of golf to good use for such a worthy cause.”

Said fellow team mate Adrian Morley, “Macmillan Cancer Support does such fantastic work helping those who are ill and their families too. When my mother was ill they gave us all tremendous support and care.”

The golf day was launched prior to the event at a fundraising lunch hosted by Hutchinson Thomas and attended by over 130 representatives from local businesses across the Swansea Bay area.

Held at the town’s Castle Hotel – birthplace of the Welsh Rugby Union – the guest speaker was appropriately international rugby referee Nigel Owens, who has personal experience of Macmillan’s care and dedication.

Said Nigel Owens, “I know first hand what a great job Macmillan does. When my mother passed away six years ago Macmillan nurses came and looked after her at home. They were great, gave us advice and did things we could not do. I do not know how we would have managed without them.”

Anyone who would like to make a donation can do so at https://www.justgiving.com/hutchinsonthomas/ 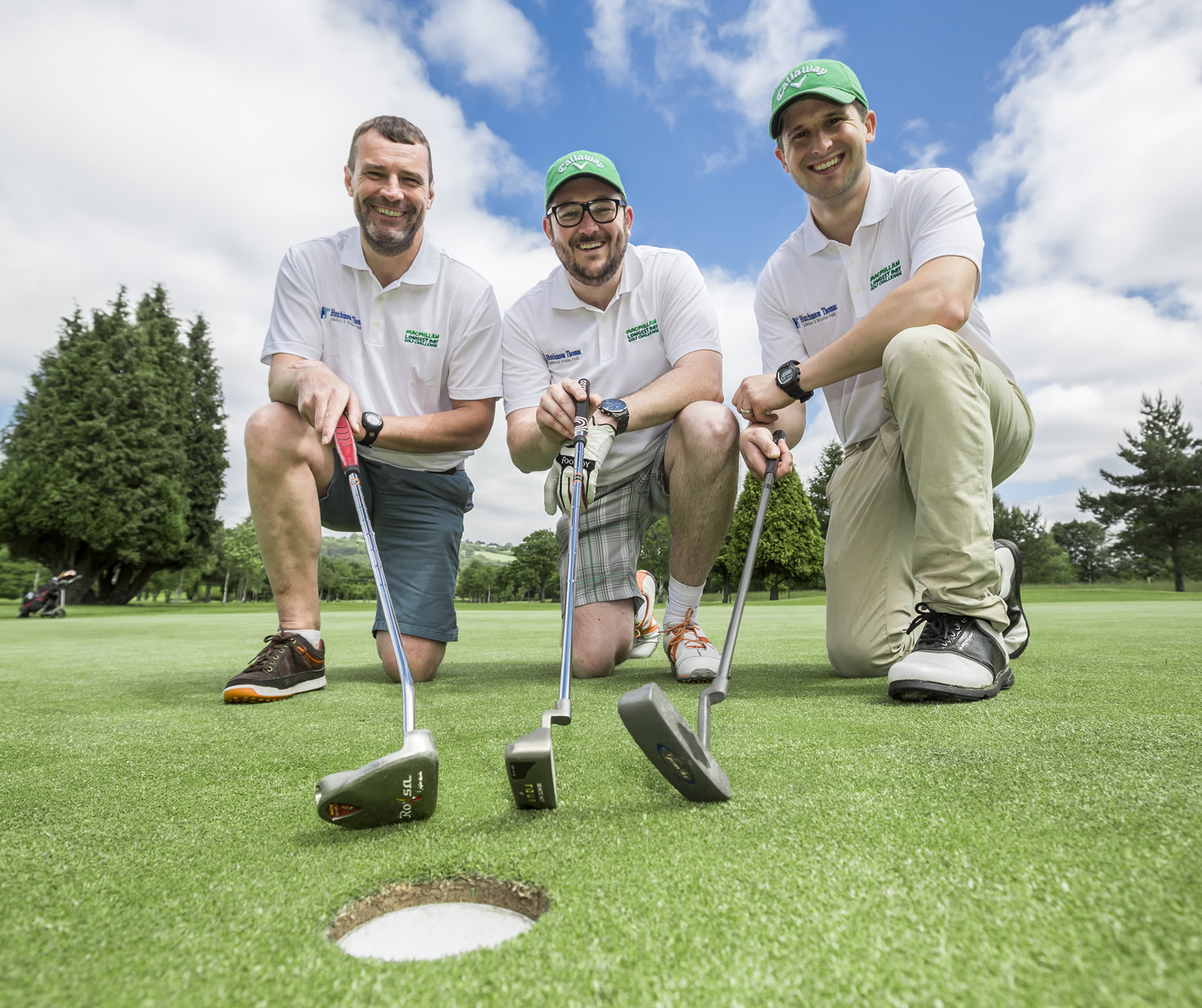 Hutchinson Thomas carries out a broad range of work for individual and commercial clients. It promotes itself as “the clear-thinking firm”.

The firm is an amalgamation of two well-established practices. Messrs L C Thomas & Son, founded in 1872, merged in 1999 with Messrs R B Hutchinson Morris & Harrett, which traces its roots back to the early part of the 20th Century.

It aims to combine the role of the traditional family solicitor with a modern, energetic and pro-active approach. Clients are entitled to high standards of work and staff at every level have an important part to play in the running of the firm.

Hutchinson Thomas provides a quality legal service in a wide range of areas, serving the community of Neath and surrounding districts, as well as attracting clients from across England and Wales.

The firm is proud of its high professional standards and is accredited by Lexcel and the Legal Aid Agency, and it is recommended in the Legal 500.