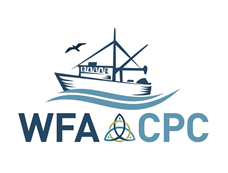 The Welsh Fishermen’s Association (WFA) has welcomed the Welsh Government’s ‘positive direction’ on the future of the scallop fishery industry in Cardigan Bay.

The WFA’s response follows the announcement today (Monday) by Cabinet Secretary for Environment and Rural Affairs, Lesley Griffiths of the result of consultation into new management measures for scallop fishing in the Bay.

The decision marks the culmination of a huge amount of collaboration and input by key stakeholders from industry, government, Natural Resources Wales (NRW), the Seafish Industry Authority and academia to support the sustainable management of an important fishery in Wales.

Jim Evans, CEO of the WFA said, “We see the decision by the Cabinet Secretary as a positive step towards the sustainable management of our fisheries in Wales and are heartened by the stance in light of the fierce opposition and misinformation regarding the proposals being put forward at and during the consultation period.”

The consultation attracted attention from environmental groups and campaigners, which led to a huge amount of interest being generated and a co-ordinated campaign to oppose the fishing for scallop in Cardigan Bay.

Mr Evans continued, “We knew that the scientific evidence base for the proposals would be critical to support decision making, and world leading research undertaken by Bangor University demonstrated the recovery and resilience of seabed areas from scallop fishing.

“We will now seek to develop a sustainable management regime in partnership with Welsh Government, NRW and other marine stakeholders that will support a long standing traditional fishery of significant importance to our fishing communities in Wales.”

The WFA commissioned MRAG Consultants to undertake a pre-assessment of the scallop fishery in Cardigan Bay, bench-marking it against the principles of Marine Stewardship Council standards. The study confirmed that sustainability of the fishery could be achieved within the context of the proposed new measures for the Cardigan Bay Scallop fishery.

The scallop consultation outcome follows the launch of the Seafood Strategy for Wales on the 13th of October by the Cabinet Secretary. Alongside other shellfish landed in Cardigan Bay, scallop is an important species supporting the seasonal variations of fisheries in Wales and the Welsh seafood offer.

Gwynedd fisherman, Mark Roberts, who operates the scallop vessel ‘Harmoni’ from Pwllheli, said, “The consultation outcome offers progress to eight years of uncertainty over the future of the scallop fishery in Cardigan Bay. The responsibility to support a sustainable fishery is now on our shoulders and we will do everything we can to help continue the research and monitoring that will help to inform the future management of the fishery in Wales.”

In an environment of UK transition from the European Union, the WFA believes the decision by the Welsh Government is a strong endorsement of evidence-based measures that support marine conservation, while supporting fishing families and communities who are at the centre of a vibrant and sustainable seafood sector in Wales. All of which contribute to the goals of the Welsh Government’s ‘Well Being of Future Generations Act’.